Cameron Bellamy's 151 km Barbados to St. Lucia channel swim was nominated for the 2019 WOWSA Awards in the World Open Water Swimming Performance of the Year category 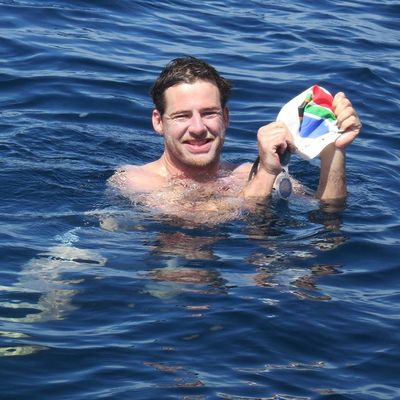 Cameron Bellamy is a waterman from Cape Town, South Africa 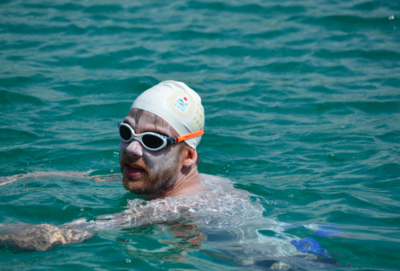 Cameron Bellamy is a 46-year-old South African open water swimmer and adventurer residing in San Francisco who became the first South African and 11th person in history to completed the Oceans Seven. He trains in the San Francisco Bay with the South End Rowing Club and is a member of the International Marathon Swimming Hall of Fame's Class of 2020 as an Honor Swimmer. He serves as a Marathon Swimming Mentor.

Bellamy's 151 Barbados to St. Lucia channel swim was nominated for the 2019 World Open Water Swimming Performance of the Year award as follows:


Even after his unprecedented 96 circumnavigation swim around Barbados, Cameron Bellamy’s insatiable appetite for marathon swimming continued. He planned and trained for a 165 km swim from Cuba to Florida. But political and bureaucratic obstacles were insurmountable after a year of hard training that included three 24-hour training swims in Barbados. So he shifted gears and looked globally for a comparably difficult swim to the Cuba-Florida crossing. He decided to attempt an unprecedented swim from Barbados to St. Lucia. Feeling confident and with a strong support team behind him in Barbados and Saint Lucia, he was all-in and went all-out as is his modus operandi. He set off to become the first person to swim across the 151 km channel crossing from Barbados to St. Lucia. After 56 hours 26 minutes swimming steadily in the warm, highly salinated water, Bellamy was greeted onshore by hundreds of admirers including the Prime Minister of St. Lucia. For creating a successful charitable organization called the Ubunye Challenge that raises funds for myriad causes, for utilizing his training base and logistical talents to pioneer a 151 km channel swim in the Caribbean Sea, and for planning and executing the year’s longest ocean swim in duration while inspiring the Caribbean swimming community while working in Silicon Valley, the Barbados to St. Lucia 151 km channel crossing by Cameron Bellamy is a worthy nominee for the 2019 World Open Water Swimming Performance of the Year.

The Ubunye Challenge is an initiative to raise funds for sustainable development in the poorest areas of Africa through sports challenges.

Cameron Bellamy completing the Oceans Seven challenge with an 11 hour 6 minute crossing of the Tsugaru Channel on 20 June 2018.

He was nominated for the 2018 World Open Water Swimming Man of the Year by the World Open Water Swimming Association:
Cameron Bellamy has cycled and rowed long distances over the course of his athletic career, setting two Guinness World Records. He only recently caught the open water swimming bug. But once Bellamy became immersed in the open water world, he was all-in and went all-out as is his innate modus operandi. He started from scratch and subsequently crossed the English Channel (16 hours 29 minutes), Strait of Gibraltar (4 hours 1 minute), Catalina Channel (11 hours 54 minutes), North Channel (12 hours 22 minutes), Molokai Channel (16 hours 1 minute), Cook Strait (12 hours 44 minutes) and Tsugaru Channel (11 hours 6 minutes) to become the first South African to achieve the Oceans Seven. But the 46-year-old did not rest on his laurels and later attempted a 96 km circumnavigation swim around Barbados, swimming for over 26 hours and 66 km before he aborted the swim. For creating a successful charitable organization called the Ubunye Challenge that raises funds for sustainable development in the poorest areas of Africa through sports challenges, for returning to Japan to tackle the Tsugaru Channel in order to achieve the Oceans Seven after an initial DNF, and for planning a second 96 km circumnavigation swim around Barbados while helping the local Caribbean swimming community and working in Silicon Valley, Cameron Bellamy of South Africa is a worthy nominee for the 2018 World Open Water Swimming Man of the Year.