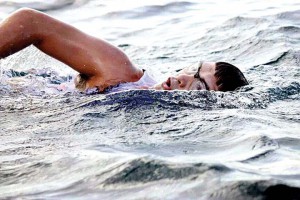 Bucas Grande Island situated on the far eastern part of the province of Surigao del Norte in the Philippines. It is popularly known as the municipality of Socorro, a lone island municipality in the entire province. Bucas Grande Island lies within the breadth of the Pacific Ocean. These inhabitants have settled in 14 barangays of the municipality namely: Barangays Don Albino Taruc, Navarro, Rizal, Del Pilar, Dona Helene, Honrado, Nueva Estrella, Pamosaingan, Salog, San Roque, Sudlon, Santa Cruz, Songkoy and N. Sering.

Bucas Grande Island has been laced by Mother Nature with relatively peaceful shorelines. The island has been known for its magnificent white beaches and for its carefree people. Being an island municipality, traveling by sea has never turned out as an option for its people but a way of living for them. Bucas Grande Island is a place which is an epitome of what a melting pot is. Its inhabitants are mostly coming from Leyte, Tago, Cantilan, Mainit, General Luna and other places of Visayas and Mindanao. Today, the melting pot character has been strengthened by the hundreds of local and foreign tourists which are flocking the place each year.