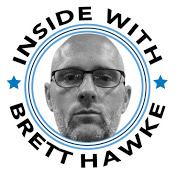 Inside with Brett Hawke, a podcast hosted by Australian Olympic swimmer and Coach of the Year Brett Hawke

Brett Hawke (born 2 June 1975) is a podcaster, swimming coach, and former competitive swimmer who represented Australia at the 2000 Sydney Olympics and 2004 Athens Olympics. He was the head coach of the Auburn Tigers swimming and diving team of Auburn University in Alabama until 28 March 2018.

Hawke hosts the Inside with Brett Hawke podcast. As of November 2020, he has broadcast 122 episodes where he takes an intimate look inside the minds of swimming's highest achievers.

George Bovell on Inside with Brett Hawke episode #111