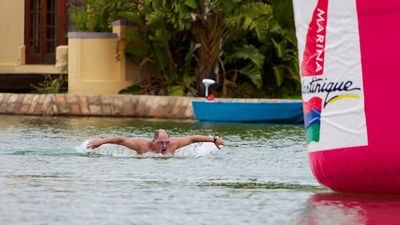 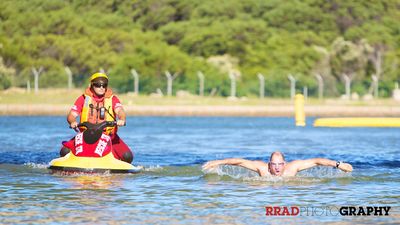 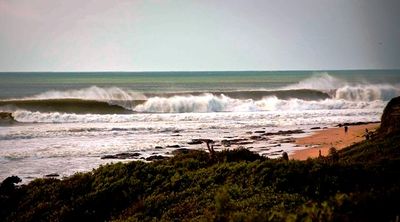 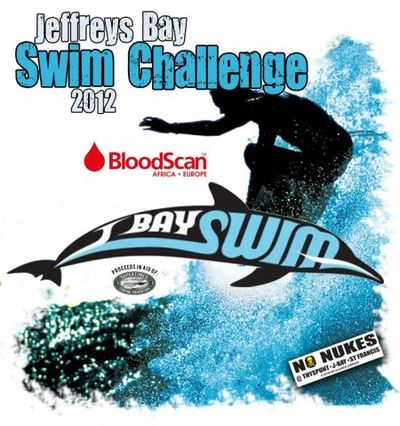 Brenton Williams is an open water swimmer and open water swimming race director and visionary from South Africa. He is listed in the 2015 World's 50 Most Adventurous Open Water Men.

Williams was a member of the team that set a new record of 350 km for a continual open water swimming relay at the Marina Martinique in Jeffreys Bay, South Africa, together with Ralph West, JC van Wyk, Greg Tucker, Russell Tucker, and Sanmarie Woithe.

He also set the South African record for the longest non-stop butterfly swim in an open body of water with a 17 km marathon swim in 6 hours 20 minutes in Marina Martinique in Jeffreys Bay on 31 December 2012.

Cold, rough, and windy. Brenton Williams smiles at the thought. In a country that breeds hardened open water swimmers who redefine grit and backbone in the open water, Williams antes up one more challenge among his South African brethren. South Africa’s toughest extreme swimmers gathered at a tough 8 km swim at the Deep Blue Invitational Swim. But he took a hard look at the cold water, stared down the wind-whipped turgid seas, and threw it a butterfly curve ball: the whole way without a break in his stroke. In water that dropped to 10.5°C, Williams kept his double-armed stroke going, breathing into the aggressively nasty Atlantic Ocean. Like bullets bouncing off the chest of a superhero, neither waves nor cold slowed down the undulating Williams. For his 3 hour 40 minute gut-wrenching butterfly in water that dipped to 10.5°C, for his focus on maintaining his stroke in seas swollen with haphazard turbulence, Brenton Williams’ Deep Blue butterfly is a worthy nominee for the 2012 WOWSA Open Water Swimming Performance of the Year.

Williams was named one of the World's 50 Most Adventurous Open Water Men in 2015 by the World Open Water Swimming Association.

Williams was named to the World's 50 Most Adventurous Open Water Men in 2017 (alphabetized by last name) by the World Open Water Swimming Association: