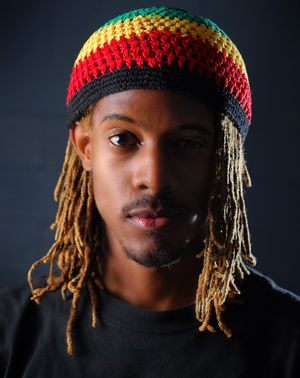 Bongani Mlambo, aka Bongaj, is an artist, designer, photographer, and filmmaker, currently residing in Dallas, Texas. He was born in Harare, Zimbabwe, and is a key member of the Longest Swim, an attempt by Benoit Lecomte to swim from Japan to California in the world's longest Continuous stage swim.

Bongani is the overall creative genius and is on track to become a master, a legend, a virtuoso as a director, director of photography, and producer with plans to establish an arts and film school in Zimbabwe, inspiring and helping more Zimbabweans and Africans to pursue visual and performing arts.

Introduction to The Longest Swim[edit]