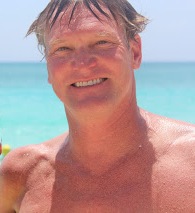 Bobby Patten is an American pool and open water swimmer from Colorado.

Patten lives in Dallas with his daughter Kaari.

DAM or the Dallas Aquatic Masters is one of the largest masters swimming teams in the world. Co-founded and co-owned by Bobby Patten and Olympic champion Jim Montgomery, it is a year-round adult swimming team geared towards swimming in the pool and open bodies of water for fitness, fun and competition. DAM offers expertly designed adult group swim programs and adult private lessons to suit the needs of adults of all ages, abilities, and backgrounds.