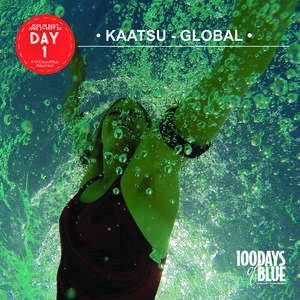 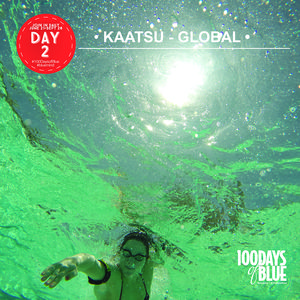 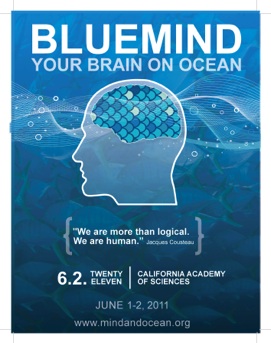 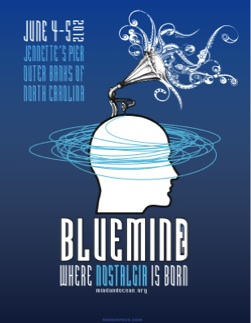 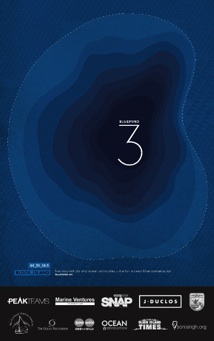 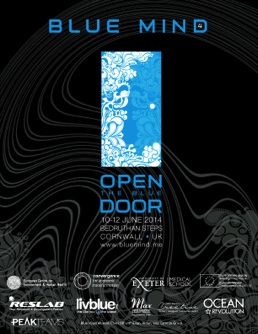 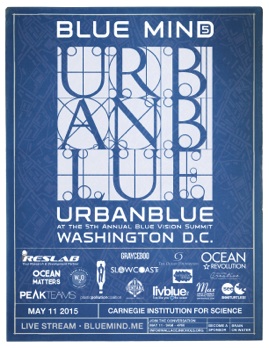 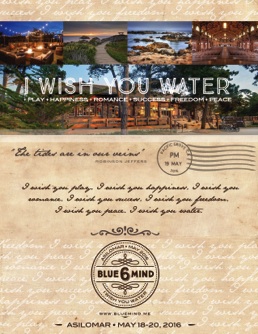 The Blue Mind Summits are the annual meetings and workshops organized by Dr. Wallace J. Nichols that are attended by scientists, advocates, artists. Blue Mind partners and practitioners and open water swimmers present Blue Mind research and Blue Mind media to support innovative and highly collaborative work while partnering with nonprofit organizations, a wide range of international students, and businesses across many sectors to ultimately lead a bigger, wider, stronger blue movement for wild, healthy oceans and waterways.

Its nomination reads, "Wallace J. Nichols, Ph.D. created a new field called neuroconservation where he has tied together neuroscience, psychology, nature, art, conservation, poetry, and activities in, around and under the water. With healthful benefits and positive outcomes extending to public health, education, parenting, business, coastal planning, travel, real estate, sports and recreation, the Blue Mind Summits are fascinating, informative meetings attended by scientists, ocean advocates, artists and open water swimmers. Collaborators participate in the Blue Mind Summits to introduce and discuss concrete solutions that help change the way people think, feel and act towards water. For his establishment of a science and practice that restores and rebuilds mankind's personal, ancient and emotional connection with healthy waterways, for his melding of myriad areas in science, art and sport to support the Blue Mind Life, for his organization and inspiration of like-minded people in the field of neuroconservation who understand the profound benefits of interacting with water, Dr. Wallace J. Nichols' Blue Mind Summit is a worthy nominee for the 2016 World Open Water Swimming Offering of the Year."

Interdisciplinary professionals work at the intersection of brain science, behavior and conservation. These gatherings focus on the cognitive, emotional, psychological, social, physical and spiritual benefits of healthy waterways and oceans. Participants dive deeply into the exploration of the human brain (and lives) on water while tackling subjects rarely discussed in the world of conservation and exploration.

Dr. Wallace J. Nichols is a scientist, activist, community organizer and author who works to inspire a deeper connection with nature. Dr. Nichols is a Research Associate at the California Academy of Sciences and a member and former Regional Vice Chair of the IUCN Marine Turtle Specialist Group. He currently advises a group of dedicated and energetic graduate students at universities in both Mexico and the U.S. as part of his commitment to building a stronger, more progressive and connected environmental community.

He is working on BlueMarbles.org and BLUEMiND: The Mind + Ocean Initiative. He blogs at wallacejnichols.org and is at the forefront of the new discipline of Neuro-conservation that explores the intersection of the brain and the ocean. The emerging field unites neuroscience, ocean exploration and marine stewardship in new global dialogue between neuroscientists, ocean scientists, economists, photographers, explorers, writers, and ocean advocates. He hosted BlueMind3 Summit in Block Island on 30 May 2013.

He is rolling out the book BlueMind: The Surprising Science That Shows How Being Near, In, On, or Under Water Can Make You Happier, Healthier, More Connected, and Better at What You Do on the remarkable effects of water on human's health and their well-being.

Why are we drawn to the ocean each summer? Why does being near water set our minds and bodies at ease? In Blue Mind, Wallace J. Nichols revolutionizes how we think about these questions, revealing the remarkable truth about the benefits of being in, on, under, or simply near water. Combining cutting-edge neuroscience with compelling personal stories from top athletes, leading scientists, military veterans, and gifted artists, he shows how proximity to water can improve performance, increase calm, diminish anxiety, and increase professional success. Blue Mind not only illustrates the crucial importance of our connection to water-it provides a paradigm shifting "blueprint" for a better life on this Blue Marble we call home.

Dr. Nichols spends his time discovering nature. He spent his youth exploring oceans and forests, as well as his own family history. Resulting in a fascination for genetics and animal migration, as well as human culture and conservation—these have been the topics of his undergraduate studies at DePauw University, graduate studies at Duke University and University of Arizona, his academic research as a Fulbright Fellow and as a research associate at the California Academy of Sciences.

Through field research, his work with commercial fishermen, and the time he spends in coastal villages, he encounters among people a common appreciation for the ocean’s beauty, abundance and mysteries. Nichols finds successful conservation efforts often include unexpected alliances and that there is common ground to be found between so-called “enemies” of nature.

Dr. Nichols has undertaken the task of reaching new constituencies with a positive and inclusive conservation message and building a network of like-minded people, from diverse regions, backgrounds and careers who share a commitment to maintaining abundant life in the oceans and on the coasts. In 1998 he founded the Grupo Tortuguero, an international grassroots movement dedicated to restoring Pacific sea turtles and to sustainable management of ocean fisheries. In 1999 he co-founded and for five years directed WiLDCOAST, an international conservation team dedicated to the protection of coastal wilderness where he and a diverse group of partners organized fishermen to protect endangered sea turtles and helped coastal ranchers protect their shores for future generations. In 2003 Nichols and eight others trekked 1,900 km along the coast from Oregon to Mexico to bring attention to coastal and ocean issues. He also spearheads the Ocean Revolution, a program that inspires, involves and mentors the next generation of ocean conservation leaders.

Currently, he works with several universities and organizations to advance ocean protection, including California Academy of Sciences as a Research Associate, Conservation Science Advisor for ProPeninsula, on a global bycatch study with Duke University and Blue Ocean Institute, and has served as an advisor or board member of Turtle Island Restoration Network, Biosphere Foundation, Animal Alliance, Coastwalk, Drylands Institute, Oceana, and Reef Protection International. For two years he served as Senior Research Scientist at the Ocean Conservancy.

J. is author of more than fifty scientific papers, book chapters, popular articles, and reports on sea turtle ecology and ocean conservation. His efforts are featured in National Geographic, Scientific American, Time, Newsweek and other international media. He is the author of the children’s book Chelonia: Return of the sea turtle, which has been translated to Spanish and is distributed throughout Mexico to underprivileged youth. He is also co-author of the screenplay Adelita’s Journey based on the true story of one loggerhead sea turtle’s epic 24,000 km migration from Japan to Mexico and back home again. J. continues to share his research with millions of school children around the world through school and aquarium visits, field trips, the Internet and various publications and writing projects.