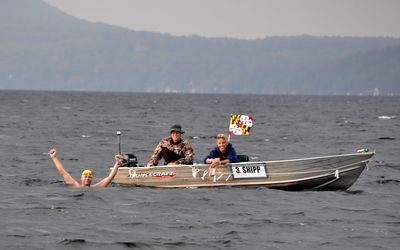 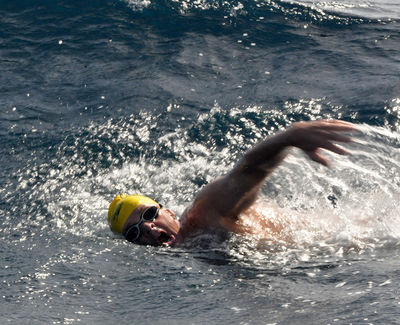 Bill Shipp during his Catalina Channel crossing. Photo by Phil White, one of his crew members 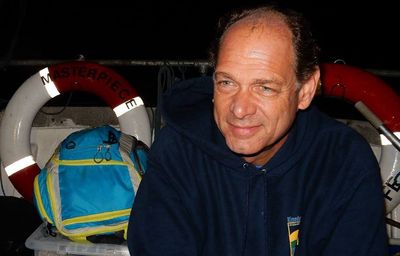 William (Bill) Shipp is a 57-year-old American open water swimmer and cancer survivor from Mitchellville, Maryland and the Terrapin Masters Swim Club. Shipp has been a competitive swimmer much of his life. He swam age group with the Solotar Swim Team and also swam for Herndon High School in Fairfax County, Virginia. He continued his competitive swimming career in college swimming for the George Washington University Colonials. He is a current masters swimmer registered with the Terrapin Masters team. He is also affiliated with the Arundel Breakfast Club (ABC Swimming) which is a group of fun loving yet dedicated open water swimmers who consider the Great Chesapeake Bay their home court open water event.

Shipp is managing director of the law firm of O'Malley, Miles, Nylen & Gilmore, P.A. and currently resides in Maryland with his wife and two daughters.