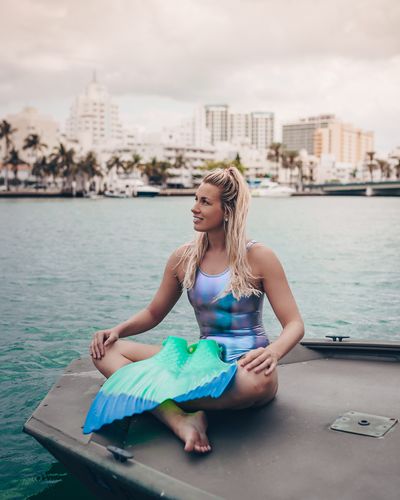 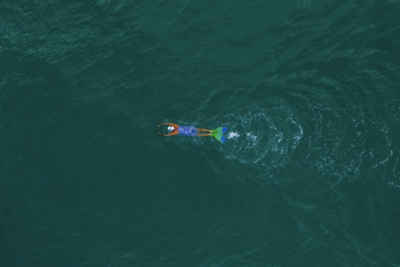 noun - Fins are worn on the foot or leg and made from finlike rubber or plastic, to aid movement through the water in water sports activities such as swimming, bodyboarding, bodysurfing, kneeboarding, riverboarding, underwater hockey, underwater rugby and various other types of underwater diving.

Very long fins and monofins are used by freedivers as a means of underwater propulsion that does not require high frequency leg movement. This improves efficiency and helps to minimize oxygen consumption.

A monofin is a type of fin typically used in underwater sports such as finswimming and free diving. It consists of a single or linked surfaces attached to both of the diver's feet. The diver's appearance is then reminiscent of a mermaid or merman.