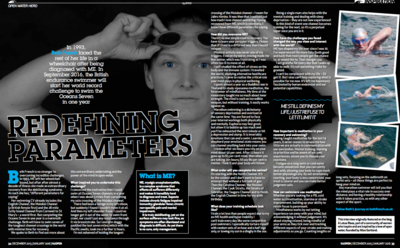 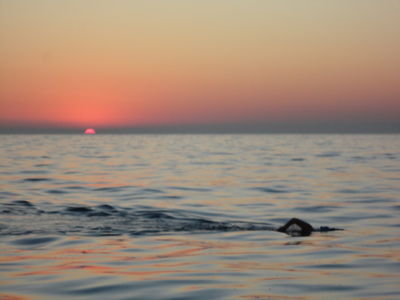 French attempted the Oceans Seven by starting with the North Channel, then attempting the Catalina Channel, the Molokai Channel, the Cook Strait, the Strait of Gibraltar, the Tsugaru Channel, and the English Channel in that order.

1. North Channel scheduled for 6 September 2016
2. Catalina Channel completed on 13 October 2016 from Santa Catalina Island to the Southern California mainland in 19 hours 7 minutes 2 seconds
3. Molokai Channel completed on 8 December 2016 from Molokai Island to Oahu in 17 hours 59 minutes
4. Cook Strait completed on 20 February, 2017 in 9 hours 11 minutes from the South Island to the North Island non-ratified due to no official observer onboard
5. Strait of Gibraltar scheduled for May 2017
6. DNF Tsugaru Channel after swimming for 10 hours 33 minutes on 3 July 2017
7. English Channel scheduled for 22 August 2017

French was named to the 2017 World's 50 Most Adventurous Open Water Women by the World Open Water Swimming Association. The women are listed below, alphabetically by last name: