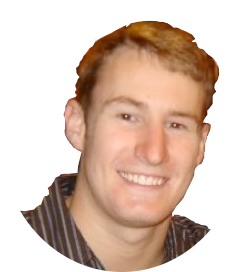 Benjamin Gordon Hair is a young man who is the namesake of the Ben Hair Memorial Open Water Meet.

Hair died in a traffic accident on 13 December 2009. He was born in Olney, Maryland on 27 December 1988 and moved to Frederick, Maryland a year later. Hair attended schools there until the family came home to Albemarle County, Virginia in 2001. He graduated from Sutherland Middle School and Albemarle High School with honors and received a posthumous B.S. degree from Virginia Tech this May, based upon his completed studies there and at Shenandoah University's School of Pharmacy.

Hair was a swimmer since the age of 18 months, competing in YMCA meets in Maryland and later for the Virginia Gators, JSL, YMCA, SWAT and Albemarle High School, where he also ran track and played lacrosse, played in the band and was a member of the Key Club. In 2006, he won the Skip Kinnier Scholarship from the Falcon Club, the first time a swimmer had been honored. He was an Eagle Scout and an Organ Donor. He was an accredited Lifeguard, working mostly at the Meade Avenue pool and The University of Virginia Aquatic and Fitness Center.

The many children he kept safe and had fun with at the pool, his friends, teammates, and his loving family miss him greatly.

Ben Hair Memorial Open Water Meet is a memorial swim that is held in Lake Anna in Mineral, Virginia on 18 May 2013. It includes the 5 km race, a 1 km team time trial event (TTT or Team Pursuit), and a cumulative stage race.

The cumulative stage race ranks the swimmers based on their total time for the individual open water swim and their teams time.