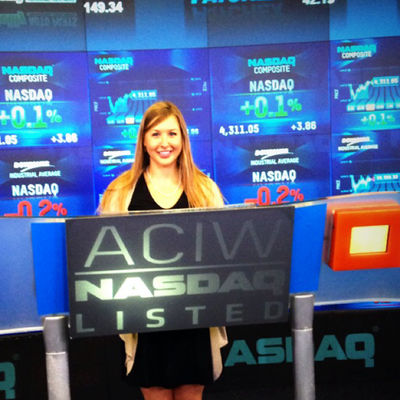 Ashley Home is an American open water swimmer and a member of the Night Train Swimmers.

She is a member of the Night Train 300 (or NT300) by the Night Train Swimmers that swam over 300 miles (482.2 km) non-stop as a six-person open water swimming relay in San Francisco Bay. The charity event began on 6 September 2015 and was a fundraiser for Arthur Renowitzky walk again after being paralyzed by a gun shot wound to his spine, and set the distance record for a 6-person open water swimming relay.

Adhering to standard English Channel relay rules, NT300 will swim continuously in 1-hour individual rotations for an estimated 5 days in an attempt to break the existing distance record [currently held a team from India, called The Sea Hawks that swam for 269 miles (433 km) over 6 days off the Konkan Coast in western India). They swam in San Francisco Bay as far south as the Giants Stadium and as far north as Benicia with the goal is raise US$50,000 to be able to help make Arthur Renowitzky walk again by outfitting him with a exoskeleton REWALK suit.

The members of the Night Train Swimmers completed the first 1-mile circumnavigation swim around Chocolate Chip rock, starting at Devil's Teeth in the Farallon Islands including Vito Bialla, Dave Holscher, Kim Chambers, Kate Weber, Simon Dominguez, and Ashley Horne on 12 July 2015 amid the presence of Great White Sharks. The Farallon Islands are a group of islands and sea stacks in the Gulf of the Farallones, off the coast of San Francisco, California, United States.