Ashby Harper, an inductee (Honor Swimmer) of the International Marathon Swimming Hall of Fame in its Class of 1984 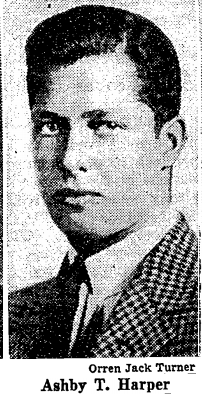 Ashby 'Brud' Harper is an American open water swimmer who was inducted in the International Marathon Swimming Hall of Fame in the Class of 1984 as an Honor Swimmer. He died after suffering a heart attack in an open water swimming in Greenwich, Connecticut. He won 9 varsity letters at Princeton University and was the 1939 recipient of the prestigious Roper Trophy.

After earning the Distinguished Flying Cross and four Air Medals as a naval fighter pilot during World War II, Harper spent a lifetime in education in Ecuador and Peru, at the St. Louis Country Day School, with the Peace Corps in Guatemala, and at the Albuquerque Academy.

Harper referred to the Triple Crown of Open Water Swimming as the rare triple.