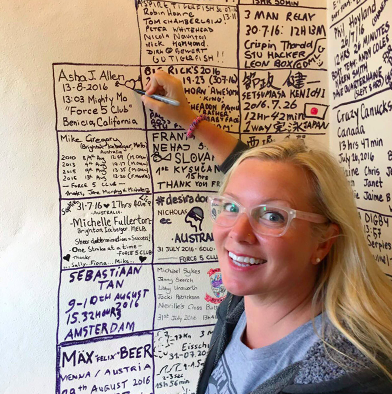 53.8-mile (86.5 km) course of the Out, Around, and Back (Old and Cold relay team with Becky Margulies, Asha Allen, Dan Simonelli, Dave Van Mouwerik, Anthony McCarley, and Scott Zacharda with John Pittman as escort pilot between Catalina Island and Santa Barbara Island

Out, Around and Back Relay[edit]