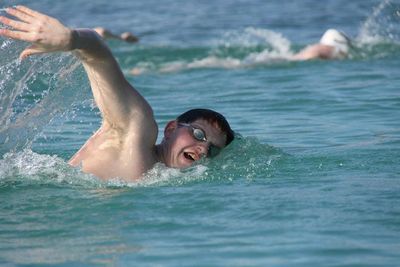 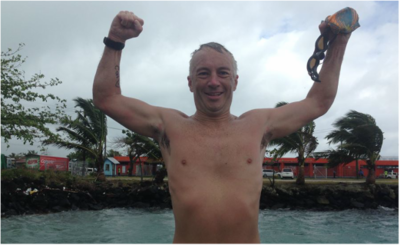 The Apolima Strait is a 13.9-mile (22.3 km) wide channel between Samoa's main islands of Upolu and Savaii.

The Upolu-Savai'i Swim is a 22.3 km inter-island marathon swim across the Apolima Strait held on 7 August 2016. The swim has two reserve days on 8-9 April. The qualifications require that participants must have completed a 10 km open water swimming non-wetsuit race in under 4 hours 30 minutes. It is part of the Samoa Swim Series and is one of the World's Top 100 Island Swims, organized by Seti Afoa of Samoa Events.