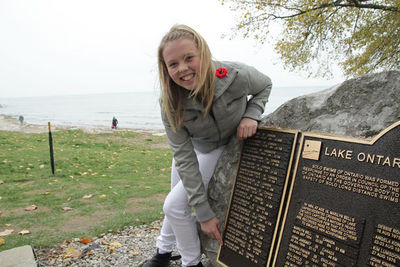 Annaleise Carr whose name was added to the plaque at Queen’s Royal Park in Ontario, Canada was selected as the 2012 World Open Water Swimming Woman of the Year. Photo by Alamenciak of the Toronto Star 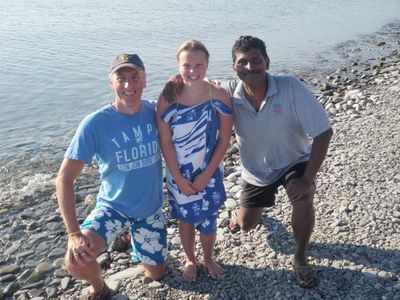 Carr, a member of the Lake Ontario Swim Team and the 2012 World Open Water Swimming Association Woman of the Year, is the youngest person to swim across Lake Ontario on 19 August 2012. The 14-year-old Canadian open water swimmer crossed Lake Ontario in 26 hours 41 minutes on the traditional Marilyn Bell route, a 50.5 km course from the mouth of the Niagara River to the breakwater at the Marilyn Bell Park in Toronto. The swim qualified for the 24-hour club and was a charity swim for Camp Trillium for which she raised over $230,000.

She is coached by Lisa Anderson.

Carr is also the guest swimmer at the 2014 END-WET (Extreme North Dakota Watersports Endurance Test) in North Dakota. She finished second in the women's division in 9 hours 30 minutes on 21 June 2014.

Swimming for others takes on a whole new meaning when the swimmer is only 14 years old and the conditions are borderline wild. Annaleise Carr is the epitome of selflessness as she selected Camp Trillium to support on her marathon swim attempt across Lake Ontario. Through her courageous 26 hour 41 minute crossing of the lake, the Lake Ontario Swim Team member touched the hearts of people throughout Canada, motivating them to donate over $230,000 for the Trillium Childhood Cancer Support Centre. Through the night, over wind-generated waves come from all directions, and despite plunging water temperatures, the youngest 24-hour Club member never wavered and drew motivation every time her crew told her that more donations were pouring in. For maturity beyond her years; for her deeply felt commitment to raise money to support children with cancer, for her commitment to tackle a tough 26-hour swim, the new Lady of the Lake Annaleise Carr is a worthy nominee for the 2012 WOWSA Open Water Swimming Woman of the Year.

Carr is co-founder with Josh Reid of the RE7 North Shore Challenge for Camp Trillium, a 3-race open water swimming event on Lake Erie that is part of the Canadian Open Water Swim Series and Global Open Water Series.