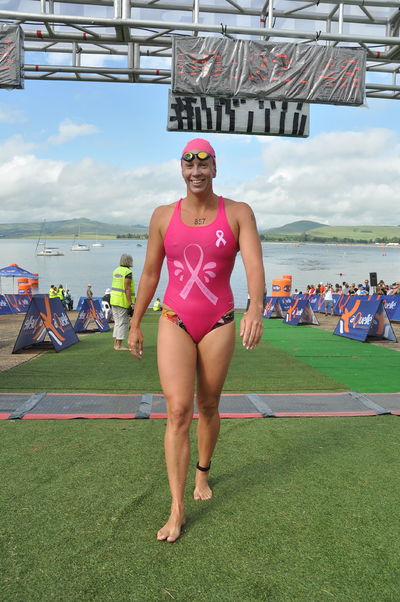 Amanda Toni "Mandy" Loots (born 3 August 1978 in Bulawayo, Rhodesia) is an Olympic and national-record-holding pool and open water swimmer from South Africa. She swam for South Africa at the 1996, 2000 and 2008 Olympics and won the women's 31 years and over division at the 2014 aQuellé Midmar Mile while raising money for The Pink Drive. In November 2009, she set the African Record and South African Record in the short-course (25m) 200 butterfly. At the 1999 All-Africa Games, she was South Africa's most decorated athlete at the Games, winning 6 gold medals.

She has swum for South Africa at the: