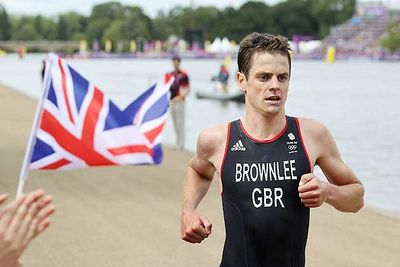 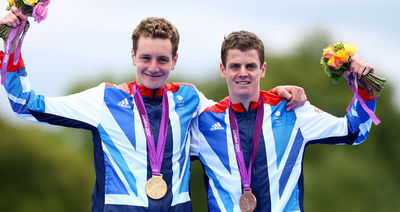 Alistair Edward Brownlee (born 23 April 1988) is the 2012 and 2016 Olympic triathlon gold medalist from English who is also the reigning back-to-back ETU European Triathlon champion and a two-time Triathlon World Champion having regained the title he first won in 2009 in 2011 in Beijing. Brownlee tore his Achilles and is undergoing rehabilitation under the direction of Emma Deakin in an Endless Pools where he is utilizing the Endless Pools underwater treadmill for low-impact water walking and running.

Brownlee represented Great Britain at the 2008 Beijing Olympics in the triathlon, finishing in 12th place and first British competitor. During the 2008 season, his best world cup finish was 3rd place in Madrid and he also won the under-23 world championship. He convincingly won the 2012 and 2016 Olympic Games. His brother Jonathan Brownlee finished third in the 2012 event and second in the 2016 event.

Brownlee won the 2009 ITU Triathlon World Championship – winning all five of the season's ITU World Championship Series events in which he competed. He was victorious in Madrid, Washington D.C, Kitzbühel and London before winning the 2009 season Grand Final, held on Australia's Gold Coast on 12 September[15][16] and thereby became the first person ever to win the ITU world Triathlon titles for Junior Men (2006), Under 23 Men (2008) and Senior Men (2009).

Alistair went on to also win the 2011 ITU world title after winning the Grand Final in Beijing.

In the six years from 2005 to 2010, Alistair Brownlee took part in 31 ITU competitions and achieved 24 top ten positions, among which 13 gold medals, 5 silver medals, and 2 bronze medals.