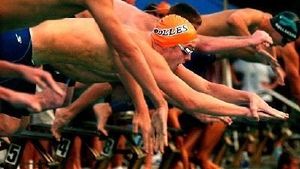 Alexander S. Martin is an advertising major at the University of Florida who focuses on pool swimming and enjoys open water swims.

The multiple 23-year-old national titlist won the Golden Gate Swim in San Francisco in October 2011 in the midst of his training in middle-distance freestyle (200m) and individual medley (200 and 400 meter) for the 2012 Olympics under U.S. Olympic Swimming Team Coach Gregg Troy in Gainesville, Florida, U.S.A.

Post-2012 Olympics, Martin will relocate to California and work in advertising or the business side in the music industry.