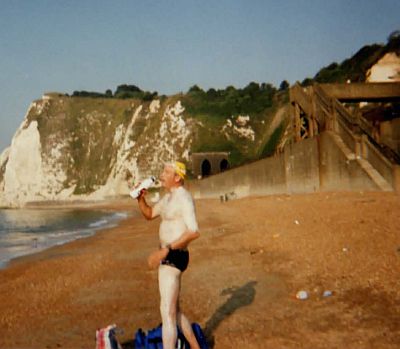 Adhiratha at Shakespeare Beach in the early days 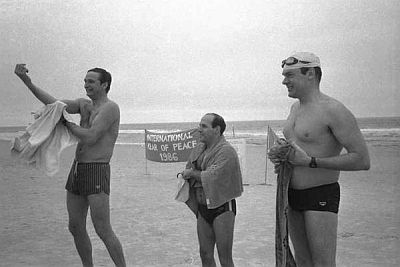 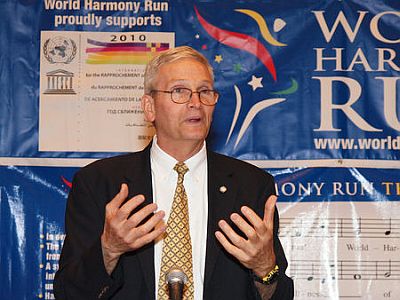 Speaker at a Peace Run Ceremony 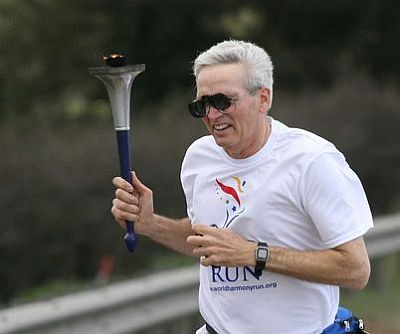 Running with the Peace Torch 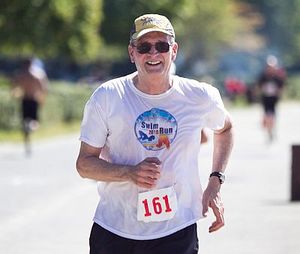 Adhiratha Keefe is an American member of the Sri Chinmoy Marathon Team who was inspired by Sri Chinmoy to fulfill his dream to swim across the English Channel. He completed a 14 hour 51 minute crossing of the English Channel from England to France on Sept, 10th, 1985, in honour of the 40th anniversary of the United Nations, as the first UN staff member. He is also an accomplished marathon and ultradistance runner and has spoken for and carried the torch of the Sri Chinmoy Oneness-Home Peace Run/World Harmony Run in many countries around the world since 1987. Adhiratha has been a vegetarian ever since he started to practice meditation at the end of the 1970ies.

The Sri Chinmoy Marathon Team was founded by Sri Chinmoy in 1977, and his vision, inspiration, encouragement and intuition have been the guiding force behind its growth into what is today the world's largest organizer of endurance events. His innate understanding of the limitless potential that lies within each one of us led him to conceive of endurance events that to others seemed beyond the bounds of human possibility. The team organizes the International Self-Transcendence Marathon-Schwimmen, the 3100 Mile Self-Transcendence Race, the 12-hour indoor pool swim in Zurich, the 9 km Australia Annual National Capital Swim, and the 12-hour pool swim in Zalaegerszeg, Hungary. Members of the Sri Chinmoy Marathon Team members are encouraged and supported to expand their own capacities in participating in and organizing events.