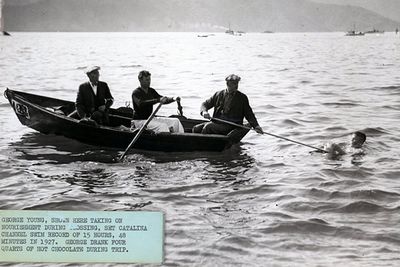 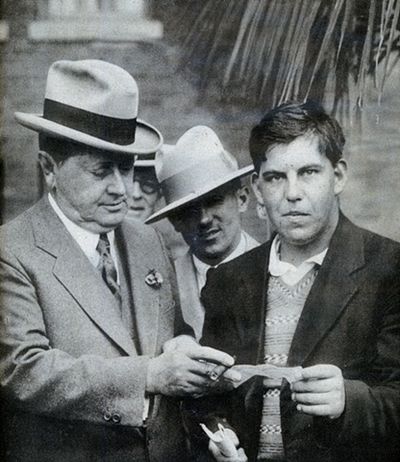 The Wrigley Ocean Marathon Swim was a cross Catalina Channel competition held on 15 January 1927, sponsored by William Wrigley, Jr. who owned the Santa Catalina Island Company in order to promote the island.

The swim offered a cash prize of US$25,000 to the winner between Isthmus Cover on Catalina Island to San Pedro on the Southern Californian mainland.

The Wrigley Ocean Marathon Swim attracted 153 entrants and 102 competitors, including a 17-year-old Canadian George Young who was the only finisher and declared winner with a time of 15 hours 44 minutes 30 seconds.

Young later recalled, "We put a covering of graphite over the grease before I put on my bathing suit to help keep out the cold... I had taken off my bathing suit when I was two and one half miles from Catalina, and I forgot that grease and graphite were my only covering as I rose out of the water."

Two women, Margaret Hauser of Long Beach, California and Martha Stager of Portland, Oregon, were awarded prize money, despite not completing the race. Only a mile from the finish line, Hauser was pulled from the water by her husband/trainer after 19 hours and 26 minutes, making her the contestant who lasted the longest. They received US$2,500 for their efforts.

Wrigley continued as a major sponsor in the Sport with the 2nd (1927), 3rd (1928) and 4th (1929) Wrigley Marathon for the Swimming Championship of the World in conjunction with the Canadian National Exhibition.