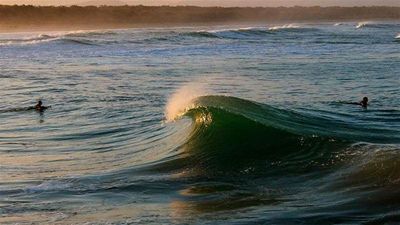 Noun - Wave shark is a wave that appears like a shark to open water swimmers and their coaches and support crew. It is simply a wave in the ocean, but its form or splash temporarily leads swimmers, coaches and crew to think there is a shark in close proximity.

The coach was startled when she thought she saw a wave shark in the water near her swimmer.

Coined by Steven Munatones in the late 1970s in Southern California.