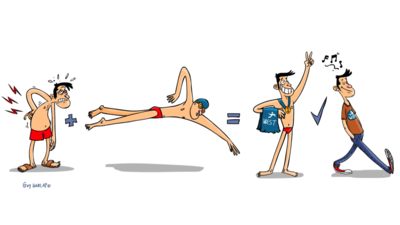 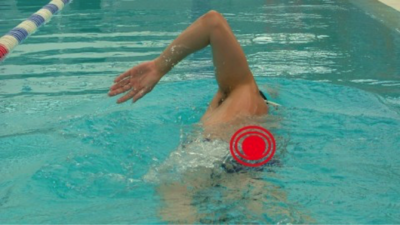 noun - WEST (Water World Swimming Therapy) is a swimming technique that teaches and heals millions of people who suffer from lower back pain all around the world. Water World is one of the largest and most professional swimming and hydrotherapy clubs in the world, with over 140 coaches and therapists working in the water, believing in the water and the strength it can give.

WEST provides relief daily with thousands of people of all ages, toddlers, children, adults, and elderly, some of which are recovering from CVA or accidents and suffer from lower back or neck pain, or others who are fighting a fear of water, and Ori teaches them the right way to swim.

WEST (Water World Swimming Therapy)
Ori Sela and his 140 coaches and aqua-therapists at WEST, Water World Swimming Therapy, have created on online and practical training system to help people with shoulder pain but who want to continue swimming in both the pool and open water. With a practical solution and a belief in the strength that water can give, WEST provides relief daily for people of all ages, some of which are recovering from cerebrovascular accidents (strokes) or who suffer from lower back or neck pain. For offering courses that teach swimmers how to train with an injury and work on their legs, dolphin kick, and core muscles, for a swimming technique that helps heals people who suffer from lower back pain, and for expanding an effective hydrotherapy offering around the world, WEST is a worthy nominee for the 2015 World Open Water Swimming Offering of the Year.