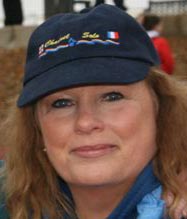 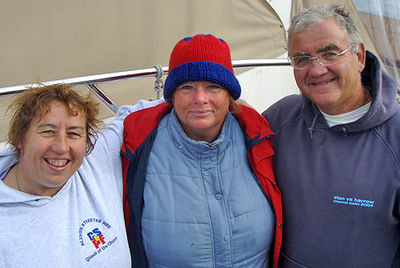 Vijaya welcomed by Alison Streeter and Kevin Murphy, Queen and King of the Channel, after her successful 4th attempt of the English Channel in 2007 - photo credit Cliff Golding

Viyaja Claxton was an American open water swimmer and one of the oldest successful swimmers of the English Channel and member of the Half Century Club for her 22 hour 27 minute crossing from England to France at the age of 59 in 2007. She was a respected United Nations staff member and active member of the International Sri Chinmoy Marathon Team with many marathons to her credit.

The Channel Swimming & Piloting Federation honoured her with the Gertrude Ederle Award for the most meritorious English Channel swim by a woman in 2007 and the Cape Storm Award 2007 for the longest solo swim of 2007.