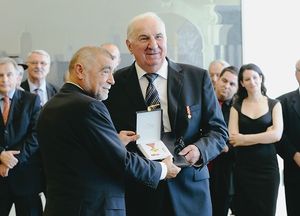 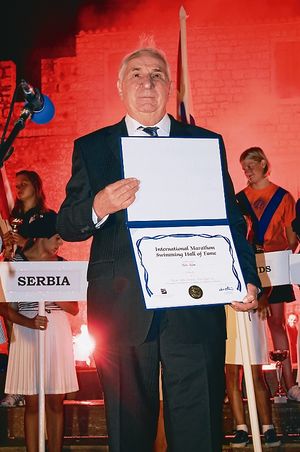 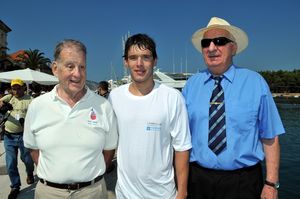 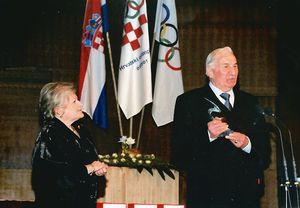 Vicko Šoljan receiving the "Excellence in Sport" trophy of the International Olympic Committee, 2003 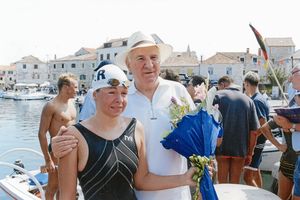 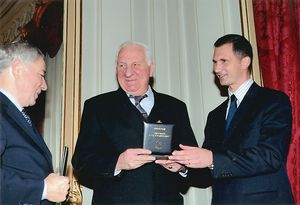 Vicko Šoljan (born 22 July 1934 in Stari Grad) of Yugoslavia and Croatia was inducted in the International Marathon Swimming Hall of Fame in 2007 as an Honour Administrator.

In over 60 years, Vicko Šoljan has been a swimming, water polo and long distance swimming promoter. From FINA, the IOC, LEN, his Nation and his Community and 57 countries worldwide he has received over 300 important awards. Thanks to him Stari Grad has become recognized as a world center for open water swimming.