Difference between revisions of "Toss and Turn" 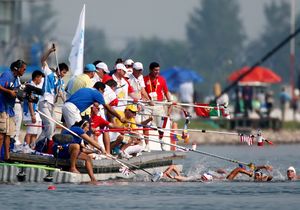 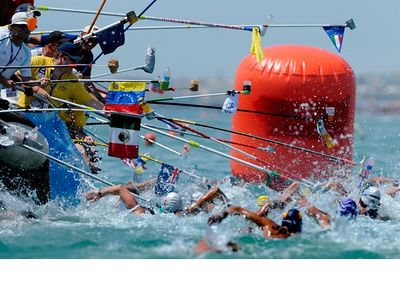 noun - Toss and Turn is the fourth rule of feeding when an open water swimmer quickly discards the fuel (e.g., gel pack) or hydration (e.g., water cup or bottle) received from his/her coach and immediately turns over on his/her stomach to begin swimming after a momentary feeding stop.

Toss and Turn is part of a four-part sequence of feeding:
(a) Seek and Spot,
(b) Reach and Roll,
(c) Gulp and Go, and
(d) Toss and Turn

The swimmer was ready to toss and turn after quickly gulping down the Gatorade.

Usage dating to circa 2001 from Steven Munatones in Huntington Beach, California.