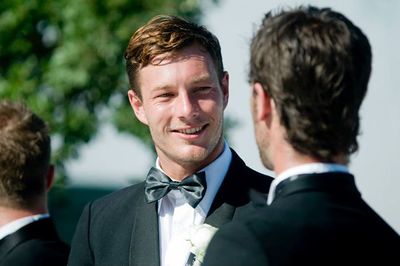 Thane Guy Williams is an entrepreneur, model and South African pool and open water swimmer who is a member of the Cape Town Masters Swimming Club and Vineyard Rondebosch Swimming Club.

Williams swam across the Mozambique Channel from Mozambique to Madagascar simultaneously with Jonno Proudfoot between 28 February and 24 March 2014 in a 458 km stage swim that took a total of 155 hours. It was called The Mad Swim and was nominated for the Night Jar Travel Adventure of the Year award and the 2014 World Open Water Swimming Performance of the Year.