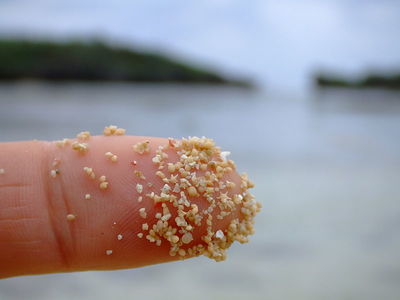 Taketomi Island or Taketomijima (竹富島) is an island in the Yaeyama District of Okinawa Prefecture, Japan. Located a ten-minute boat ride away from Ishigaki Island and 30 minutes from Iriomote Island, this island has a village in the center, also named Taketomi. Taketomi has a population of approximately 361. As the island is quite circular in shape, everywhere is within walking distance. There are also various places to rent bikes in the village.

Taketomi is known for its traditional Ryukyuan houses, stone walls, and sandy streets, making it popular with tourists. Various rules are in place to prevent the more aesthetically displeasing aspects of modern construction from ruining the beauty of the island, such as replacing concrete walls with hand-packed stone. Popular tourist activities include relaxing at the beach, snorkeling, taking an ox-cart ride through the village, and simply walking or biking around the island while enjoying the quaintness of the village and the natural scenery.

The island is also famous for its beautiful beaches and "star sand" (星砂 or hoshizuna) which are the remains of tiny sea animals.