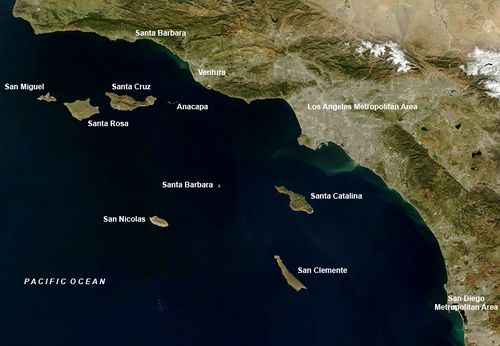 In order of distance, the swims include the following:

David Yudovin (Anacapa, Santa Cruz, Catalina) and Penny Palfrey (Santa Barbara, San Miguel, Catalina) are the only two swimmers to date who have completed three of the eight swims to do.