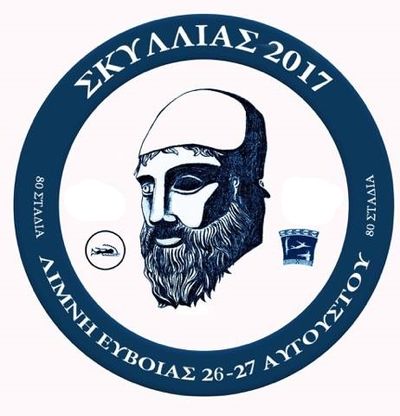 Skyllias is the first long-distance swimmer of History. According to Herodotus, his role was important in the development of the naval battle of Artemision, which took place between Greeks and Persians in North Evia in 480 BC. He was claimed to swim eighty stadia (some 14.5 km) after cutting the ropes of the anchors of the Persian fleet. He then revealed the enemy plans to the Greeks. 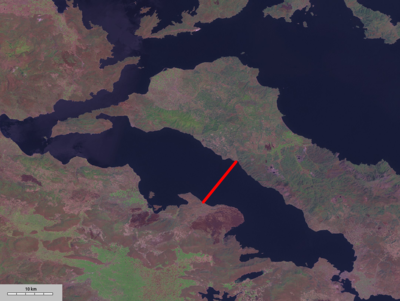 The standard North Evian Gulf Crossing goes from Lekouna, in main land Greece, to Limni, in the isle of Evia. Alternative routes ending in Limni have been used when weather conditions have not allowed the full crossing.

The race is open to amateur swimmers following the sporting and Olympic spirit. At the same time, it attempts to raise public awareness about the environmental protection of the Evian Gulf from human intervention. Additionally, the organizers promote maritime personalities of the region, historical or from our time, who have made rescue operations, nautical contributions and have generally shown humanitarian altruism in the sea, dedicating each year's event to some of such figures.

The event has been held since 2011. Its first five editions took place in mid July. Since 2016 it has been moved to late August, along with complementary activities like shorter races for all ages or aquathlons.