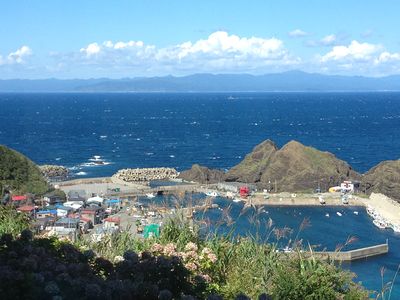 The Seikan Tunnel (青函トンネル) is a 53.85 km (33.46-mile) railway tunnel in Japan, with 23.3 km (14.5 miles) under the seabed under the Tsugaru Channel. The track level is about 140 metres (460 ft) below the seabed and 240 m (790 ft) below sea level. It travels beneath the Tsugaru Strait connecting Aomori Prefecture on the Japanese island Honshu and the island Hokkaido as part of the Kaikyo Line of Hokkaido Railway Company.