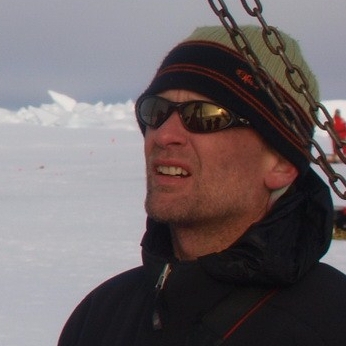 Dr. Michael DeGrandpre is a Professor of Chemistry and Biochemistry at the University of Montana. He is a member of The Longest Swim, a transoceanic swim by Ben Lecomte who will swim across the Pacific Ocean starting in December 2015.

DeGrandpre received his Ph.D. in Analytical Chemistry from the University of Washington in 1990. He carried out postdoctoral research at Woods Hole Oceanographic Institution in Massachusetts from 1990 to 1993 and held a research associate position there from 1993 through 1995. He joined the chemistry faculty at University of Montana in January of 1996. He is an analytical/environmental chemist specializing in developing and using autonomous sensors to study aquatic biogeochemistry and the ocean carbon cycle.