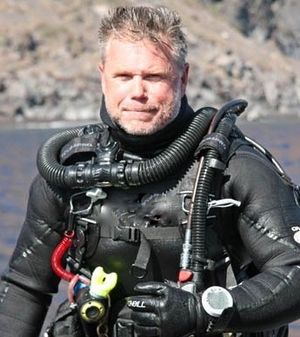 Scott Cassell has more than 13,000 hours as an underwater explorer, combat and commercial diver. He is a USCG qualified sub pilot, Navy diving supervisor and dive medical technician. Cassell is a record holder for longest dive distance, 52 miles non-stop, and was the first to film a giant squid species (see below).

“The ocean is where monsters dwell. It’s where man’s imagination can become reality, because it truly has the most magnificent animals to ever have existed. The world does have magic, and it’s under the sea.”

Cassell's latest world record attempt at a non-stop SCUBA dive from Santa Catalina Island to the California coastline will be documented by Global Reef, a Canadian social enterprise with a mandate to create explosive, action-packed media properties that highlight the value of ocean conservation.