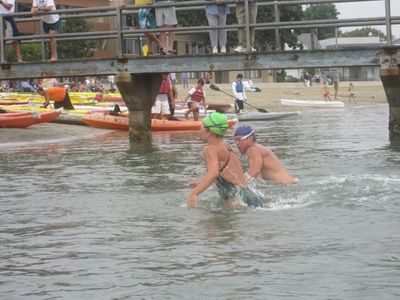 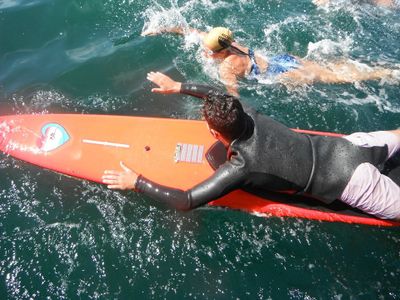 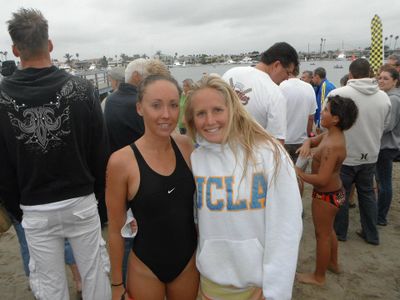 Sam Sears and Lexie Kelly at the 2011 Naples Island Swim

Samantha Marye Sears "Sam" (born 11 November 1986) is an American pool and open water swimmer from Long Beach, California. She is currently a teacher and a swimming and water polo coach at Marina High School in Huntington Beach, California.

She was part of the Long Beach Swim Focus Catalina Relay in October 2011 that set the overall Catalina Channel record of 6 hours 53 minutes 4 seconds.

Samantha is the younger of Russell and Constance Sears' two daughters. She has one older sister, Jennifer. Sam was an English major graduating from University of California, Los Angeles (UCLA).

She transferred to UCLA from Long Beach City College, where she spent 2006-07 competing on the water polo and swim teams. She also studied at Occidental College in 2005-2006. She competed under head coaches Chris Oeding and Dave Kasa at Long Beach City College, earning All-America honors and first-team All-State accolades in 2006. She also gained first-team All-Southern California and All-Southern Coast Conference in 2006, in addition to being named the 2006 Water Polo Scholar Athlete of the Year. On the swim team, she captured All-America accolades in the 100 butterfly and the 500 freestyle and was named swim team MVP setting the 100 butterfly record at Long Beach City College.

Sam competed for the Golden West Water Polo Club where she helped her team win the 2004 Junior Olympic Championship (18 and under) . She led team to a second-place finish at Junior Nationals.