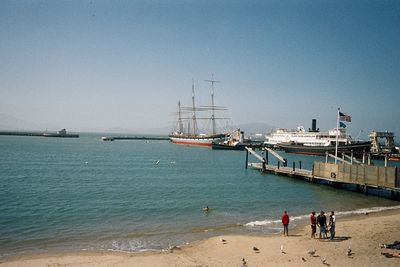 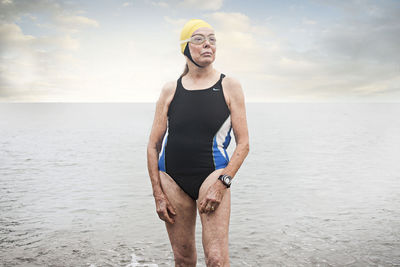 The South End Rowing Club (SERC) was founded in 1873 and is one of the oldest athletics clubs in the western United States. The boathouse, with a fleet of 30 boats, is located on San Francisco Bay, California, at 500 Jefferson Street near Fisherman's Wharf, adjacent to the San Francisco Aquatic Park. The club supports participation in rowing, swimming, handball, and running. It is open to the public from 10 am to 6 pm (for a US$6.50 fee) on Tuesdays, Thursdays, and Saturdays. Boats may be used by members only.

The South End Rowing Club is the oldest athletic club west of the Mississippi River and one of San Francisco’s five longest-running institutions. Founded in 1873, the non-profit club is run by volunteers from among its 950 members who swim, run, row, and play handball. The Alcatraz Invitational Swim is the club’s annual fundraiser.

Many of the members of the South End Rowing Club are renowned and extraordinarily hardy open water swimmers who have successfully crossed channels around the world and been victorious in numerous open water swims in lakes, rivers, oceans, seas and bays worldwide.

Every year since 1978 the South End Rowing Club has hosted the Bridge to Bridge Regatta in September. This race is open to the public, and typically includes singles and doubles, and plastic and wooden boats alike. The race courses vary from year to year, but there is typically a 10.5-nautical-mile (19.4 km) "long course" which starts at Aquatic Park and circumnavigates the south tower of the Golden Gate Bridge and the westernmost tower San Francisco – Oakland Bay Bridge, as well as a "short course" from Aquatic Park around the Bay Bridge tower and back.

The South End also hosts a yearly competitive swim from Alcatraz Island in San Francisco bay to the Aquatic Park, which is open to the public. The event is limited to 600 swimmers and reaches its capacity for registration months in advance.

Sub-100 is a term coined by members of the South End Rowing Club that refers to a combined air and water temperature in Fahrenheit that is lower than 100 degrees F (e.g., 49 degrees F air + 45 degrees F water).