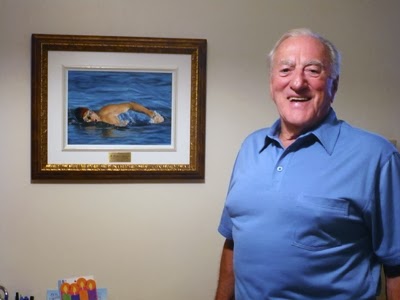 Robert Cossette, an Honor Swimmer in the International Marathon Swimming Hall of Fame