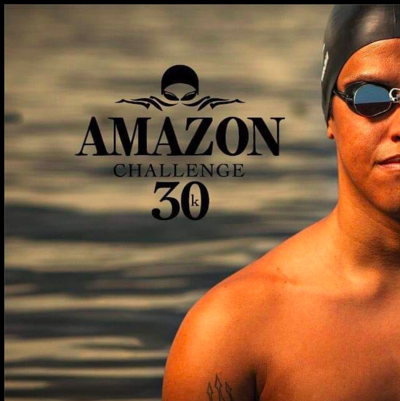 The Rio Negro (Portuguese: Rio Negro; Spanish: Río Negro) is the largest left tributary of the Amazon, the largest blackwater river in the world, and one of the world's ten largest rivers in average discharge. It has its sources along the watershed between the Orinoco and the Amazon basins, and also connects with the Orinoco by way of the Casiquiare canal in southern Venezuela. In Colombia, where the Rio Negro's sources are located, it is called the Guainía River. Its main affluent is the Vaupés, which disputes with the headwaters of the Guaviare branch of the Orinoco, the drainage of the eastern slope of the Andes of Colombia. The Rio Negro flows into the Rio Solimões to form the Amazon River South of Manaus, Brazil.