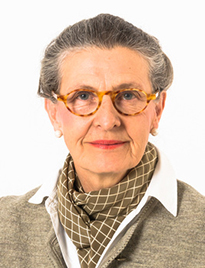 Renata von Tscharner dipl. Arch ETH SIA is the founder and president of the Charles River Conservancy, which has worked on the stewardship and renewal of the Charles River Parklands since 2000. von Tscharner has co-written several books on public art, urban design and environmental education and has taught at several academic institutions in New England. Prior to starting the Charles River Conservancy, she was a principal of The Townscape Institute, Assistant City Planner in Berne, Switzerland, and Planning Officer with the Greater London Council’s Covent Garden Task Force. She has a degree in architecture and city planning from the Institute of Technology in Zurich, Switzerland.

This public interest organization aims at making the 400 acres (160 ha) of urban parklands from the Boston Harbor to the Watertown Dam more attractive, active and accessible to all. She hosts two regular TV shows on BNN (Boston) and CCTV (Cambridge).