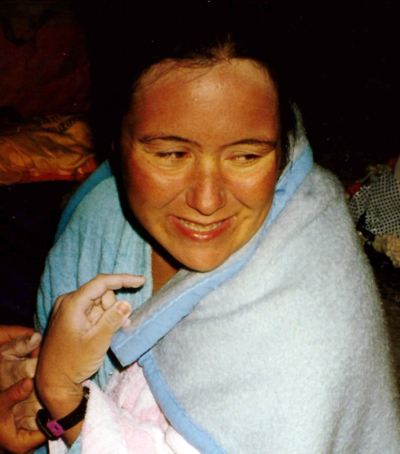 Vedika Bolliger, a 34-year-old from Switzerland who became the first person to swim across Lake Geneva on 30-31 July 1999 in 42 hours 45 minutes

noun - Raccoon eyes are an example of an extreme Goggle tan where the swimmer's temple and skin around their eyes is of pronounced paleness relative to the rest of their face that has been suntanned by prolonged exposure to ultraviolet radiation in a pool, outdoors or in the open water.

The young woman had major raccoon eyes after her long workout in the pool.