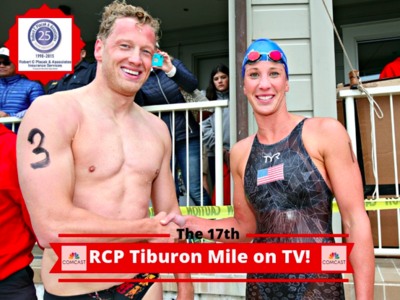 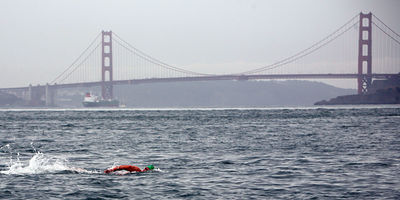 Chip Peterson, the overall winner of the RCP Tiburon Mile, out in the lead in San Francisco Bay 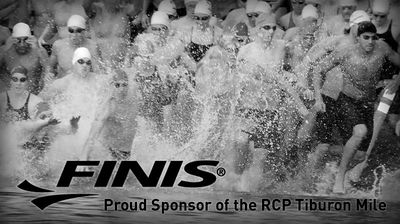 RCP Tiburon Mile, the most competitive open water race in the world 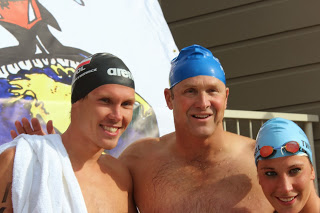 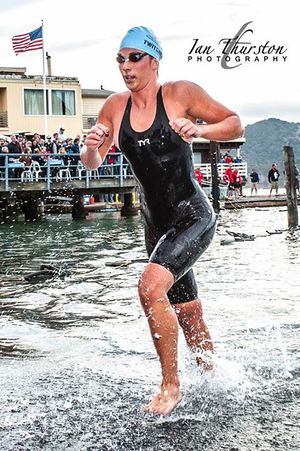 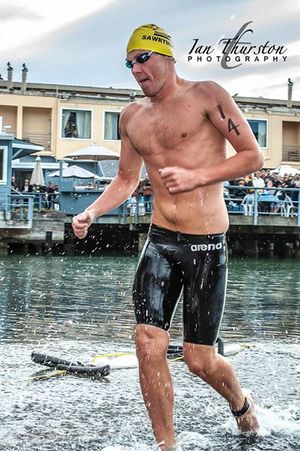 The RCP Tiburon Mile or the RCP Tiburon Mile Open Water Swim was envisioned and founded by Bob Placak and is a 1 nautical mile cold-water swim from Angel Island in San Francisco Bay to the city of Tiburon in northern California, U.S.A. It is the most competitive open water swim in the world that pits Olympic pool swimming medalists against the fastest open water swimmers in the world. It previously offered a winner-take-all cash prize of US$10,000 for the fastest male and female. About 50% of the competitors use wetsuits.