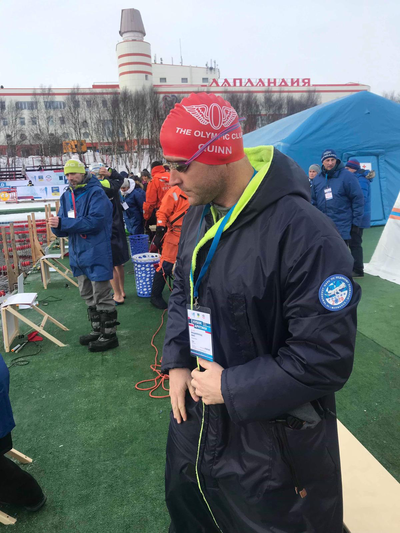 Quinn Fitzgerald before the 200m freestyle at the IISA 3rd World Championship in Murmansk, Russia within the Arctic Circle 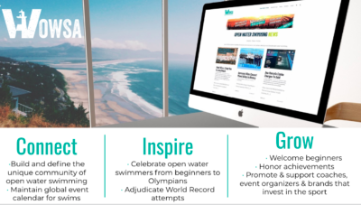 Quinn Fitzgerald, shown in Murmansk at the 2019 Ice Swimming World Championships is the CEO of World Open Water Swimming Association

Quinn Fitzgerald is an American competitive swimmer and open water swimmer from California. He represents Yale University and the Olympic Club of San Francisco in California and serves as the Vice President of Sales & Marketing at FINIS.

The FINIS Stream was nominated for the 2019 World Open Water Swimming Offering of the Year Award as follows:

Waterproof cassette players were around in the 1990's, waterproof MP3 players came to market in the 2000s. Through their swim laboratory in Silicon Valley, FINIS developed breakthrough underwater headphones using its patented bone conduction technology. Small speakers vibrate at their temples that create crystal clear sound underwater. While legacy products still use MP3 audio files, FINIS Stream allows swimmers to pair with their smartwatch and stream their favorite music, audio books or podcasts directly from Spotify, Apple Music or other preferred services. For utilization of FINIS' market-leading underwater bone conduction technology that easily connects with goggles to enhance the auditory experience for swimmers, for designing an innovative product that does not need ear buds while comfortably providing crystal clear sound in the water, and for enabling up to 5 hours of continuous music on a single charge, the FINIS Stream is a worthy nominee for the 2019 World Open Water Swimming Offering of the Year.