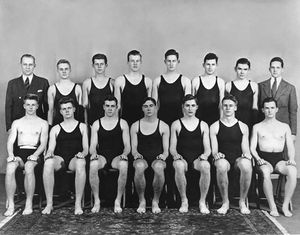 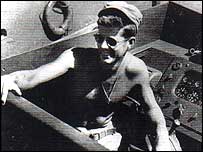 John Kennedy In The United States Navy In The South Pacific

Kennedy defeated then Vice President and Republican candidate Richard Nixon in the 1960 U.S. presidential election. He was the youngest elected to the office, at the age of 43 and the first president to have been born in the 20th Century.

Kennedy is the only Catholic president, and is the only president to have won a Pulitzer Prize. Events during his presidency included the Bay of Pigs Invasion, the Cuban Missile Crisis, the building of the Berlin Wall, the Space Race, the African-American Civil Rights Movement (1955–1968) and early stages of the Vietnam War. Kennedy was assassinated on November 22, 1963, in Dallas, Texas. Lee Harvey Oswald was charged with the crime but was shot and killed two days later by Jack Ruby before any trial. The FBI, the Warren Commission, and the House Select Committee on Assassinations (HSCA) concluded that Oswald was the assassin, with the HSCA allowing for the probability of Kennedy assassination conspiracy theories based on disputed acoustic evidence. Today, Kennedy continues to rank highly in public opinion ratings of former U.S. presidents.

In September 1936, Kennedy enrolled at Harvard College. He tried out for the football, golf, and swim teams and earned a spot on the varsity swim team.

On August 2, 1943, Kennedy's boat, PT-109 were ordered to continue nighttime patrol near New Georgia in the Solomon Islands when it was rammed by the Japanese destroyer Amagiri. Kennedy gathered his surviving crew members together in the water around the wreckage, to vote on whether to "fight or surrender". Kennedy stated, "There's nothing in the book about a situation like this. A lot of you men have families and some of you have children. What do you want to do? I have nothing to lose." Shunning surrender, the men swam towards a small island. Kennedy, despite re-injury to his back in the collision, towed a badly burned crewman through the water with a life jacket strap clenched between his teeth. He towed the wounded man to the island and later to a second island from where his crew was subsequently rescued. Kennedy received the Navy and Marine Corps Medal with the following citation: "For extremely heroic conduct as Commanding Officer of Motor Torpedo Boat 109 following the collision and sinking of that vessel in the Pacific War Theater on August 1–2, 1943. Unmindful of personal danger, Lieutenant (then Lieutenant, Junior Grade) Kennedy unhesitatingly braved the difficulties and hazards of darkness to direct rescue operations, swimming many hours to secure aid and food after he had succeeded in getting his crew ashore. His outstanding courage, endurance and leadership contributed to the saving of several lives and were in keeping with the highest traditions of the United States Naval Service."

In October 1943, Kennedy took command of a PT boat converted into a gun boat which in November took part in a Marine rescue on Choiseul Island. Kennedy was honorably discharged in early 1945, just prior to Japan's surrender. Kennedy's other decorations in World War II included the Purple Heart, American Defense Service Medal, American Campaign Medal, Asiatic-Pacific Campaign Medal with three bronze service stars, and the World War II Victory Medal. When later asked by a reporter how he became a war hero, Kennedy joked: "It was involuntary. They sank my boat."

His adventure began when his patrol boat sank. The future president spent 30 hours helping the survivors to nearby Plum Pudding Island - later renamed Kennedy Island - six kilometers away. He then made a round trip of about 4 kilometers to Naru and Olasana islands in search of help and food. Kennedy and his men survived for six days on coconuts before they were found by two local men who sent a message by coconut husk to an Australian military unit in the area that arranged a rescue.

Outside on the White House lawn, the Kennedys established a swimming pool.

Kennedy came in third behind Martin Luther King, Jr. and Mother Teresa) in Gallup's List of Widely Admired People of the 20th century. United States Army Special Forces have a special bond with Kennedy. "It was President Kennedy who was responsible for the rebuilding of the Special Forces and giving us back our Green Beret," said Forrest Lindley, a writer for the newspaper Stars and Stripes who served with Special Forces in Vietnam.

Kennedy was the first of six Presidents to have served in the U.S. Navy, and one of the enduring legacies of his administration was the creation in 1961 of another special forces command, the United States Navy SEALs which Kennedy enthusiastically supported.