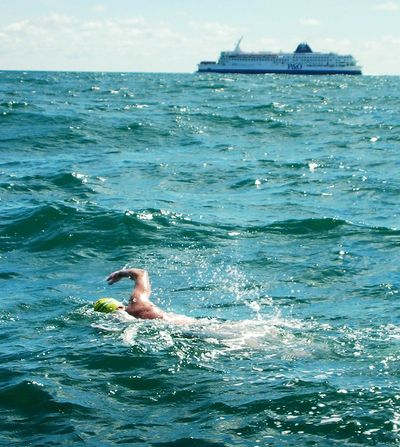 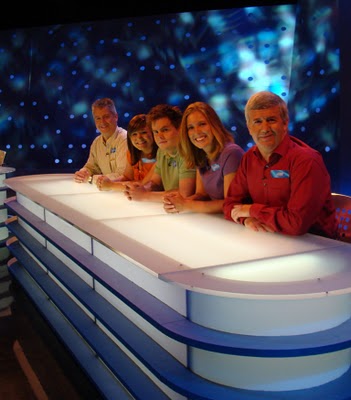 Paul "Hoffy" Hopfensperger (born 1963) is a British (English) open water swimmer, trekker and charity fundraiser based in Bury St Edmunds, Suffolk. He has raised in excess of £50,000 for charity through swimming, trekking and other events around the world.

He was the club captain of the former Bury St Edmunds Swimming Club (now West Suffolk Swimming Club) on three occasions between 1978 and 1981, a Suffolk County swimmer and has represented Great Britain at professional marathon swimming competitions around the world.

Hopfensperger has personally completed two solo crossings of the English Channel in 2007 and 2008 and one relay in 2010 as part of the six-person 'Team Iryna International' English Channel relay team.

Hopfensperger's 2007 English Channel swim was filmed for TV by Dangerous Films Limited and was screened in Episode 1 of the Discovery Channel's documentary Human Body: Strength.

The 10 July 2007 swim was also relayed live from the English Channel by an on board reporter, Jon Wright for BBC Radio Suffolk in the UK. Updates were broadcast throughout the day for the duration of the 13 hour 52 minute swim.

On July 20, 2007 he appeared on the BBC Radio Suffolk "Leslie Dolphin Show" to be interviewed about the swim and the charity fundraising efforts to date.

In 2008, at the age of 45, Hopfensperger represented his country in two FINA Open Water Grand Prix competitions in Serbia (Jarak-Šabac) and Mexico (Sumidero Canyon) as one of its oldest competitors in recent times, and the oldest ever from Great Britain. Hopfensperger finished the 2008 season ranked number 57 in the world by FINA in this global professional marathon swimming series.

Current available records, for the oldest swimmers to compete in this series are as follows:-

Hopfensperger is a member of The British Long Distance Swimming Association (BLDSA) and in 2008 won the 4.5km Lynn Regis Championship taking both the Senior Men and Veterans (45 years and over) titles at the same time. At the time, it was believed to be the first time in the 52 year history of the BLDSA for this to happen, causing confusion for the judges who did not initially give him the winners trophy. This was rectified some weeks later after a BLDSA committee meeting decided to award him both titles.

He was the 2007 over 40's winner of the Dover Regatta 2,000 Metres race. The race, held in Dover Harbour, England, is part of the annual regatta weekend celebrations.