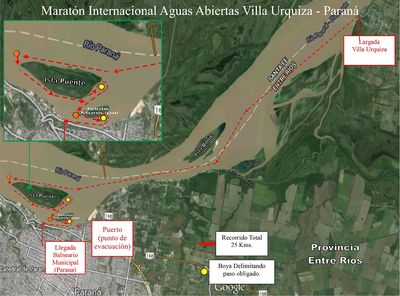 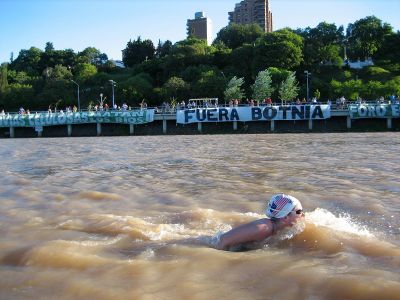 The Paraná River (Spanish: Río Paraná, Portuguese: Rio Paraná) is a river in south Central South America, running through Brazil, Paraguay and Argentina coverng 4,880 kilometres (3,030 mi). It is second in length only to the Amazon River among South American rivers. The name Paraná is an abbreviation of the phrase "para rehe onáva", which comes from the Tupi language and means "like the sea" (that is, "as big as the sea"). It merges first with the Paraguay River and then farther downstream with the Uruguay River to form the Río de la Plata and empties into the Atlantic Ocean.