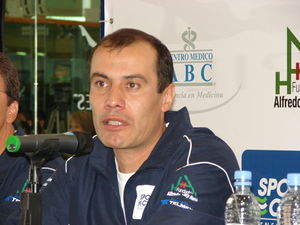 He was a member of Sport City that set a three-way and four-way English Channel record in 42 hours 11 minutes. He was also on a Strait of Gibraltar two-way channel relay swim as well as a 165 km swim over 3 days in southern Mexico. He currently works for Krismar Educacion.