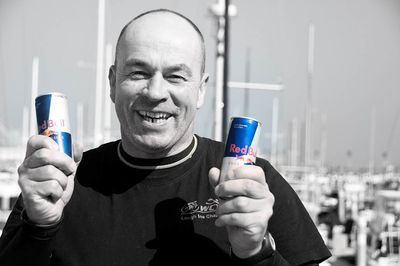 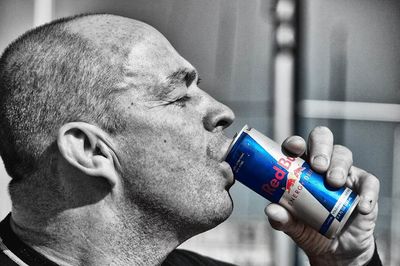 The Oceans Seven Project is a documentary on Stephen Redmond's attempt at the Oceans Seven, produced by Red Bull Media House. The documentary was nominated for the 2012 World Open Water Swimming Offering of the Year award.

Executive Producer Wolfgang Merkel, Production Manager Daniel Strobl, and Director Rouven Blankenfeld traveled to Japan to capture the dramatic failure and footage of Redmond in his third attempt across the Tsugaru Channel. But his fourth attempt and success across the technically challenging Tsugaru Channel enabled a triumphant ending to a 3-year journey to complete the first Oceans Seven.

Its nomination by the World Open Water Swimming Association reads,

Red Bull Media House captured the essence of the open water swimming world when its documentary film crew traveled to Japan to film the Oceans Seven Project, the unprecedented completion of the world's most difficult open water swimming challenge by Stephen Redmond. Their dramatic film, centered around Redmond's attempts on the Tsugaru Channel, required 5 men hanging on for their lives in rough seas to film the Irish icon as he was tossed, bruised and battered in the turbulent seas in the North Pacific. Through its ability to document and glorify the exploits of athletes in extreme sports, Red Bull has lent its formidable global presence to the open water world where high risk is an inherent element of the sport. For its investment in the sport, for their risk-taking decisions to follow Redmond without any guarantees, for its breath-taking footage in a real-word drama that ended in success, the Red Bull Media House Oceans Seven Project is a worthy nominee for the 2012 WOWSA Open Water Swimming Offering of the Year.

Red Bull Media House is a multi-platform media company with a focus on sports, culture, and lifestyle that includes a documentary film about Stephen Redmond's Oceans Seven Project. As an umbrella brand, Red Bull Media House offer a wide range of premium media products and compelling content across media channels as diverse as TV, mobile, digital, audio, and print, with core media offerings that appeal to a global audience.

Not only does it create content and operate media platforms with direct consumer impact, but Red Bull Media House also offer a vast range of targeted business opportunities for partnerships with other companies, media partners and affiliates. These include content distribution and licensing, brand partnerships, and advertising in our media. In addition to its global sports, music, and lifestyle offerings,Red Bull Media House also includes two specialized units: Servus Media and Terra Mater Factual Studios. As a TV station and a print magazine, Servus is available in German-speaking regions, and focuses on topics like tradition, “love of life”, and authenticity. Terra Mater Factual Studios produces cinematic feature films and premium TV documentaries in the genres of wildlife, nature, science, and history, as well as innovative factual entertainment series.

Launched in 2007 in Salzburg, Austria, Red Bull Media House has become one of the world’s leading media companies for creating premium content. The company operates a wide portfolio of channels and products for both special interest and broader audiences. With a global network of correspondents in more than 160 countries, Red Bull Media House launched its first dedicated media subsidiary in Los Angeles, California (USA) in 2011.

At Red Bull Media House, it is on a mission to fascinate. It constantly strives to create and distribute top-quality media assets that leverage not only our its own media brands, but also those of its third-party media partners.