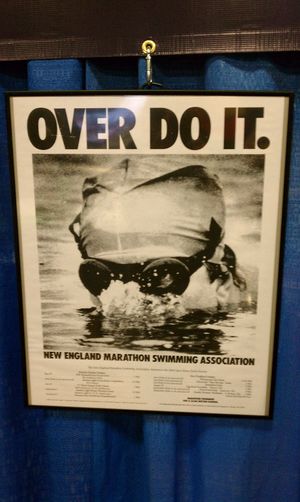 noun - New England Marathon Swimming Association (NEMSA) (now called the New England Open Water Swimming Association is a non-profit member organization spanning from Booth Bay to Narragansett Bay immersed in open water swimming, racing and watching guard over New England's waters. Its members have been swimming the waters of New England in the northeastern United States of America for over 30 years. From Booth Bay to Narragansett Bay, members swim and watch guard over the quality of New England's waters.

NEMSA was formed to ensure open water swimming opportunities will be here for the future as defined in its mission to protect and maintain the health of rivers, ponds, lakes, harbors, bays, sounds and the ocean. It is one of the co-hosts and co-organizers of the James Doty Memorial Mile Swim.

The members of its current board of directors as NEOWSA include the following individuals:

The members of its former board of directors as NEMSA included the following individuals:

NEMSA was founded in 1976 by Boston-area ocean swimmer, James Doty. It also conducts the annual Celebrate the Clean Harbor Swim, a 1.2-mile open water swim in Niles Beach, Gloucester, Massachusetts whose 34th annual event will be held 11 August 2012. It is now known at the New England Open Water Swimming Association.