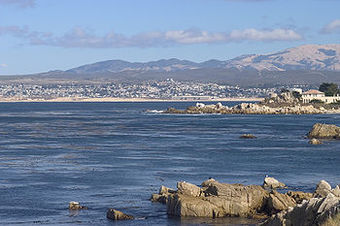 Patti Bauernfeind's crossing of Monterey Bay is nominated for the 2014 World Open Water Swimming Performance of the Year.