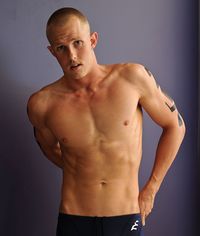 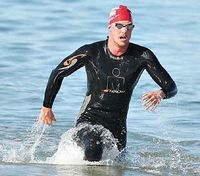 Michael Sheil is a 29-year-old open water swimmer from Brisbane, Queensland, Australia. Born 12 February 1988 in Brisbane, he learnt to swim at the age of three but didn't take up serious competitive swimming until the age of 12 where he joined his first senior squad under the guidance of Head Coach David Urquhart. Training with the likes of Ashley Callus and Alicia Coutts, he made numerous finals at the Queensland State Championships in middle distance Freestyle, racing his now training partner Trent Grimsey and competed in his first Australian Championship at the age of 14.

After many years of plateaued performance, Michael decided to quit swimming and focus on his senior schooling studies and later his Commercial Pilot License. But after two years out of the sport, he decided to return to the pool and start competing in Open Water Distance competitions. After a frustrating 2007/2008 year marred with Glandular Fever and injury, finally, in 2009 he competed in his first Australian Open Water Championships coming 15th in the Men's Open 5Km event. After another frustrating year of coaching and squad limitations, he moved to the Lawnton Swim Club after a disappointing 2010 Australian Championships to train under Harley Connolly with Trent Grimsey, Codie Grimsey and Natasha Harrison.