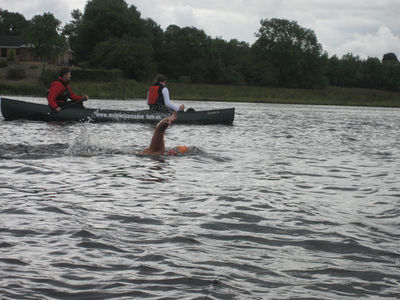 AO2 (SW/AW) Lisa E. Broadfield is a 37-year-old Command Career Counselor for Naval Munitions Command (NMC) Detachment Sigonella, Italy and an American open water swimmer. She was selected as a member of the 2010 Armed Forces Swimming Team and was one of 16 service members that will represent the U.S. Armed Forces at the 2010 CISM World Military Swimming/Lifesaving Championship between 22-30 August in Warendorf, Germany. Broadfield is a native of East Haven, Connecticut, joined the Navy in January 2004.

“I was very excited to receive the message and honored to be considered to compete among some of the Armed Forces best athletes. I am looking forward to the training as well as the experience.”